How to find a new spot on the market and bringing out the fighting spirit in man. 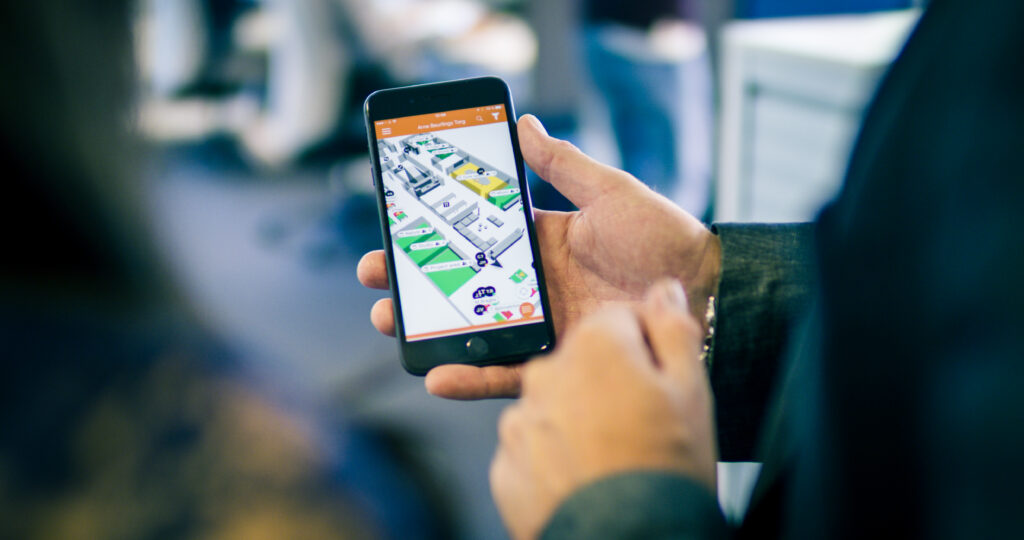 Flowscape Technology helps companies with large open offices or who has an activity based office to find colleagues, equipment or free conference rooms with the help of a digital map made possible through advanced indoor positioning technology. You find and book what you need via large kiosks, your smartphone or the computer. Telia, Ericsson, Vasakronan, Skanska and Telenor are some of the clients. Flowscape is listed on Spotlight Stock Market.

When we first met in Kista the management explained that they were a high-tech company. But when digging into the material it was obvious that the clients were not. They came from many different industries because the product was connected to offices and nothing else. Furthermore, it was easy for the management to tell what the product was, but harder to explain what it actually achieved, a k a what the offering was.

Together with Christopher the strategic foundation was built. In a positioning process the market, target audience, competition and differentiation were revealed.

Then we balanced the technological background of Flowscape towards the profile of the competition and the needs of the clients and found an urgent and engaging offering. A free position. It was based on behavioural research around employee’s opinion about working in open offices. One survey depicted that only ten percent appreciated this. We found that the reasons for this many times were connected to things that Flowscape´s product solved.
We decided to let Flowscape start discussing a true client issue defined as: what creates friction in open offices? And move from being a tech company and become a fighters for improved working conditions in modern offices.

Besides establishing a new payoff – the modern office flow makers – and building a homepage we also created a new language more suitable to the new positioning. We rebuilt the product portfolio and changed the names of the products to more reflect the office environment. We went from tech abbreviations to names such as colleague finder, house keeper and flow manager.
To turn around the notion of the company and enforce the new image we produced a film. Together with the skilled production agency Klapp & Co we created The Flow:

Now, a few years later, some of the product names that Flowscape uses has become a standard in the industry and friction is a commonly used word to describe the hazards of having an open office sitting.