Orlando Wood from System1 consulting termed the important effects that brands have on choice as “Fame”, “Feeling” and “Fluency”. A good way to describe how brands really work. For the purpose of this blog, we will focus on the first, Fame.

Why do listed companies need Fame?

A stock is in a way like a brand. The more famous it is, the more trusted it is.

Fame among investors says nothing about the company’s finances, market value or any technical analysis metrics. But investors are human, and humans are influenced by several factors including biases. And fame is a strong bias.

But there is another aspect that is even more relevant for listed companies trying to attract investors. The mere-exposure effect. It is a well-documented effect that describes how people prefer the familiar.

John Cleese mentioned one example at this year’s Nudgestock 2021. In his talk about creativity, he mentioned a study done on memory and recognition of Chinese ideograms. Western people were shown a number of Chinese ideograms in random order. Some time after this, half the participants were shown a new set of ideograms of which some had been shown in the first set and were asked to remember which ones they had seen the last time. 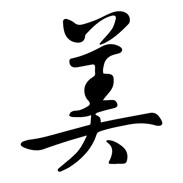 As expected, most participants failed at recognizing the ideograms and the results were abysmal. However, the other half of participants were not tasked to recall which ones they had seen before, but instead asked about their subjective preference. Which of these characters did they like more then others? And the results showed a strong correlation between their preference and the characters they had seen before. The simple effect of subconscious familiarity created a preference of characters which to them had no real meaning and were by all means just graphical shapes. A great example of the mere-exposure effect.

This phenomenon is also evident in the data from Swedish private investors. Euroclear publishes yearly data on what stocks private investors pick. It shows a clear divide between age and gender when it comes to preferred stocks. People invest in companies they are familiar with.

Fame by itself will not guarantee investor interest, and certainly cannot guarantee a rise in stock price, but it is a very important step towards familiarity, trust, and preference. Especially for small-cap companies competing with other, more established, investments.

How we use fame

When we help small- and mid-cap companies build effective communication strategies, we use this measure of fame as a KPI. We measure brand recall among investors and give our clients a meaningful measure of their fame, to guide their work in promoting their company on the financial markets.

Knowing your “Fame” is a good start to building your investment brand and attracting new investors!